THE DUFAY COLLECTIVE - The Play of Daniel (Ludus Danielis) 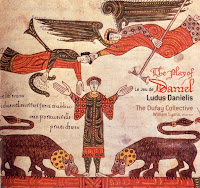 Ludus Danielis or The Play of Daniel is the richest and most sumptuous of the surviving medieval liturgical dramas due to its sophistication and variety. It dates from the early years of the 13th century and was not written by one author. Rather, it is the result of an accretive process: an organic harvest of multiple arrangements, adaptations of pre-existing material and brand new compositions spanning many years and many performances. It has an immediacy and visceral power that is almost modern. In the brilliance of its narrative and the sheer beauty and inventiveness of its music, it has the sui generis nature representative of our modern era's notion of art. It quickly disposes of medieval generic anonymity with the first few glistening notes softly rung from gently tolling bells and the shimmering arabesques shyly offered by ancient harps. More than simply a play, its processional elements and framework of ritualistic spectacle suggests an atavistic theatricality linking millennia of religious observance. The Play of Daniel is contained in a manuscript originally discovered in the Cathedral of Beauvais in northern France. It is now in the British Museum - a beautifully illustrated musical manuscript whose notation is characterized by rhomboid puncta (medieval notes) written on a four-line staff.The play was devised and performed by the young people of Beauvais: either the students of the cathedral school or the junior clerics or subdeacons. These lowest rank of clergy were notorious for their riotous and ribald behavior during the three day Christmas celebration that they traditionally 'controlled', which included the Feast of the Circumcision (January 1). The licentious period associated with the infamous junior clerics was soon unfavorably described as the "Feast of Fools". Inclusion of the play into the officially sanctioned Christmas festivities was obviously an attempt, perhaps desperate, to temper the behavior of the junior clergy and cathedral students, whose attitude may not have been unlike that of the rowdier elements of an English boarding school. The narrative of The Play of Daniel was a refinement of an earlier play written by a pupil of the great French scholastic philosopher Peter Abelard with the appropriately cheerful name of Hilarius. The story combines two elements from the Book of Daniel: the famous one of Daniel in the lion's den and the interpretation of the Writing on the Wall. The brilliantly variegated music features at least 50 distinct melodies that are unrepeated and untraced to other sources. These melodies are largely syllabic in nature and appear to fit naturally into the sonic patterns created by the Latin verses. The relatively easy fusion of elements gives the play an organic essence representative of the highest artistry, despite its unknown multple authorship. That may help to ameliorate the difficulties attendant in performing the work, whose musical transcription allows for both rhythmic and free interpretations. The Dufay Collective under director William Lyons adopt the basic rule that all choruses are rhythmic and all solos are unmeasured. This facilitates a forceful dramatic declamation in the solo sections, and a powerful inertial movement for the processions or conductus. The text's rubrics (words or sections highlighted in red ink) contain clear indications for character reactions, who variously look amazed, cry out, rush about and applaud. The several processions or conductus allow for group movement and chorus comment on the action. Musical instrumentation, however, is not indicated and is left up to the performers. The Dufay Collective select their instrumental accompaniment either through cues supplied by characters and action or through their own artistic sensibility. Their selections are lovingly sensitive to textual nuance. Bells, harps, vielles, percussion, portative organ, recorders and flutes are alluring in their sensuous, sonorous beauty. They never impose themselves upon the voices, which are equally beautiful in their selection and deployment. Both soloists and choristers provide the appropriate dramatic expressiveness coupled with an air of ancient mystery that brings this timeless and enigmatic musical drama to life. The brilliantly recorded CD manages to create a nebulous scrim of reverberant sound upon which the entire work unfolds. The exemplary sonics are deeply resonant and three-dimensional, with the supple liquidity of a cathedral performance. It is hard to imagine this recording improved upon any time soon. The Play Of Daniel by the Dufay Collective is most strongly recommended for all lovers of music regardless of the era. 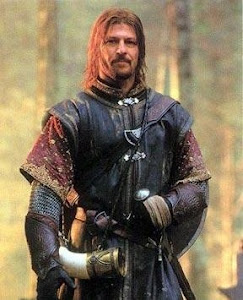